When I first started selling books nearly 15 years ago,  I went to an auction with the intention of buying a small  lot which included a nice  copy of Virginia Woolf’s  Mrs. Dalloway.  If you’ve never been to an auction, let me tell you, they go on FOREVER.  Being  a bit of a rookie, I got bored and went out for a coffee – but  I misjudged my timing and came back in as my lot was going through.  A bit ruffled  I joined in the bidding, and as the hammer went down  the auctioneer said ‘Madam I am glad he found a good home’ (Auctioneers in the Home Counties honestly do still call women Madam).  Confused I went to the desk and found out that I had actually bought a lovely old teddy bear and not a small collection of books.   It transpired that my Virginia Woolf book had actually been stolen from the auction, and the lot had been withdrawn.  The teddy though I still have, and he has happily lived with us as our mascot ever since – his name – YesterBear – cute huh? 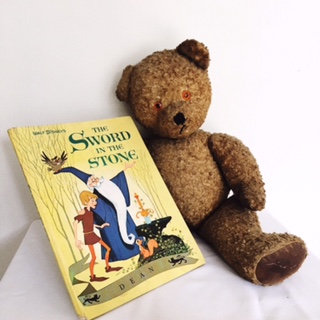 The London to Birmingham Motorway Presentation Book by L.T.C. Rolt

I was going to post about Sir Owen Williams yesterday, but then I got side-tracked by the pretty Hugh Lofting  end-papers and in the meantime we’ve sold this book.  However, I think it’s still worth a mention.  We came across this book in a lot we bought recently – it is the presentation copy of Sir Owen Williams, who was one of Britain’s motorway pioneers. It was published to mark the opening of the South of Luton-Dunchurch-Crick Section of the London to Birmingham Motorway (the M1.)  Sir Owen Williams (no relation sadly) was an engineer and architect, and as well as being the chief engineer on the first phase of the M1, he was the chief consulting engineer of the original Wembley Stadium and  also the principle engineer for Spaghetti Junction on the M6.  So it seems he led quite an eventful life – which always interests me.
I liked this book particularly because it had some local pictures of Dunstable taken during the construction of the Motorway – which feels quite relevant to us at the moment as the new A5 bypass has just opened.   Every Radio 2 listener in the country has heard of Dunstable because   we are the main diversion route  when the M1  is closed and we quite often get mentioned by Sally Traffic.


This presentation copy was presented to O.T. Williams in 1959  –his name was embossed on the front cover in gilt and it was signed by numerous members of the project including Williams himself. The book also included  two 1959 Christmas Cards marking the opening of the Southern Section.

If I could talk to the animals

We've recently catalogued some Doctor Dolittle books by Hugh Lofting.  The books' bindings themselves are nothing special to write home about, basically grey cloth, a little mottling, fading, darkened spine, that kind of thing. But when I opened them up I found they had really colourful decorated end-papers.  I'm one for colour - so I thought you'd like to see. They are really stylish aren't they? And the best thing - Hugh Lofting did the illustrations himself - what a cool cat! 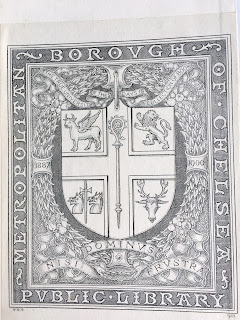 Here's a photo of a lovely bookplate I found this morning in an ex-Chelsea Borough Library book dating from 1900. A time when small things were still deemed important and thus worth doing beautifully.

The motto above the crest is great -

'THE TRUE UNIVERSITY OF THESE DAYS IS A COLLECTION OF BOOKS' 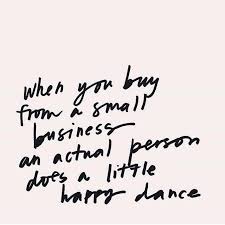